PostFinance, one of Switzerland’s leading financial institutions, is modernising its entire application landscape and also migrating capable applications to its own cloud. adesso Schweiz AG is assisting PostFinance with this major project as implementation partner.

PostFinance’s 12-year-old master data management system called PEDA-S (Personendaten-schnell: Personal data-fast) is at the centre of the collaboration. The application plays a fundamental role at PostFinance and is, to a certain extent, at the heart of customer data management. In addition to managing personal data, address details, customer bases, contracts, rights and relationships, PEDA-S also provides data for the peripheral systems, such as e-banking. The consulting and IT service provider adesso is a long-standing partner for the ongoing expansion of the functions. 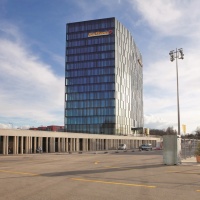 PEDA-S 4.0: Completely modernised and successfully launched with a ‘big bang’

According to Leonhard Gallagher, Software Architect at adesso, the introduction of PEDA-S 4.0 means that another subproject has been completed extremely successfully and an important milestone has been set for the digital future. The personal data system was not only modernised; it was also brought up to date technically. A major challenge also involved migrating the extensive data: The application was not only migrated to a contemporary architecture and software framework, but also to PostFinance’s private Kubernetes cloud. The latter is a first in the history of PostFinance – PEDA-S was the first major core application to be transferred to the internal cloud.

Another interesting detail is that instead of being introduced gradually, which is often the case in such projects, the release took place with a ‘big bang’. As soon as the development of the new system was complete and had successfully passed the relevant performance tests, the migration was carried out in a single step. This means that the old application was completely switched off in one fell swoop and everything ran seamlessly, so to speak, via the new system. This procedure was chosen because PEDA-S had to go live in sync with other applications due to the system dependency. For this reason, a single migration date was essential. The big-bang migration went off without a hitch thanks to the intensive test-driven approach. adesso now continues to provide comprehensive early life support for the initial phase of the new system.

This further step towards a digital future was not the first successful collaboration between PostFinance and adesso. From 2015 to 2018, the financial company implemented a major innovation in which adesso Schweiz AG consolidated the extensive app landscape, expanded the range of functions and integrated the system as a whole into a new core banking solution.

Martin Meierhans, Head of Application Management Core & Analytics at PostFinance, sums up the renewed collaboration with the following words: ‘The project was a great challenge for our team because we had to completely reimplement a central application that had grown over the years based on a technology that was new to us. adesso provided the IT expertise, the necessary personnel and, due to the long-standing collaboration, also the technical knowledge that enabled the successful implementation. Once again, we very much appreciated the cooperative partnership!’

Hansjörg Süess, CEO and Delegate of the Board of Directors of adesso Schweiz AG is also satisfied with the result: ‘We are very pleased with the smooth cooperation and, of course, with the successful launch. Once again we were able to prove that adesso is the right partner for digitalisation projects.’ 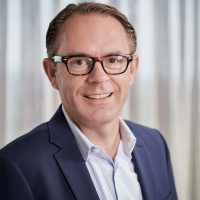 Hansjörg Süess, CEO and Delegate of the Board of Directors (Source: adesso Schweiz AG)

Do you have any questions?

There is no website or brochure which can replace a personal meeting to talk about your goals and topics. We are looking forward to an appointment on site.